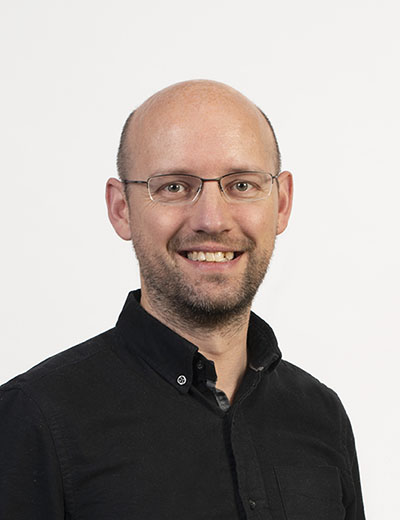 My research combines mathematical modelling, numerics and rigorous analysis to tackle a range of interdisciplinary problems. These problems are generally complex (with phenomena that emerge from a collection of interacting objects) and multiscale (with important features at multiple scales, e.g. in time or space).

Complex fluids, such as colloids, often consist of microscopic particles suspended in a bath of many more, much smaller and lighter particles, called a bath. Typical examples are paints and inks, blood and milk. Soft matter is a more general term, normally applied to any material which is easily deformed at room temperature. Examples include gels, lcds, sand and clouds. Such systems are complex due to their long-range interactions and environmental effects. Their multiscale nature arises due to interesting dynamics from the size of particles (typically nano-micrometer) up to the macroscale (cm or m). The large number of particles and complex interactions render the full dynamics computationally intractable. I'm interested in obtaining accurate and efficient reduced models to describe the dynamics of such systems.

When studying the motion of nuclei in molecules, it is often possible to neglect the motion of electrons as, typically, they equilibrate on a much shorter timescale than the nuclei. This is due to the large difference between the masses of nuclei and electrons (nuclei are typically several thousand times heavier). However, in many interesting chemical processes, such as the photodissociation of ozone and the detection of light in the retina, this approximation breaks down and we must study the full systems. The complexity and multiscale nature of the problem are due to rapidly-oscillating, exponentially small wavepackets that describe the positions of the nuclei. This means that standard numerical algorithms are prohibitively expensive. Most successful approaches use heuristic basis sets and unconstrained approximations, meaning that systematic improvement of these methods is very difficult. In contrast, I'm interested in mathematically-motivated, simple models which give very accurate results for very little computational cost.

The aim of electronic structure theory is to understand the arrangement of electrons in atoms and molecules, which in turn determines the chemistry of such systems. The link between mathematics and chemistry is much less well-established than those between, for example, mathematics and physics or biology. The complexity of such problems lies in the so-called `problem of exponential scaling'. This means that adding just a single electron to a system significantly increases the numerical cost of standard algorithms. Fully (numerically) solving the underlying Schrödinger equation for even a single carbon atom (with 6 electrons) is essentially impossible. In addition, the problems are multiscale as we are not interested in full energies of the systems, but in energy differences, which are typically 3-6 orders of magnitude smaller. I aim to use mathematics to connect simple, intuitive chemistry models, such as those found in standard textbooks, to accurate results.

I was born and grew up in Birmingham, UK, before completing MMath and PhD degrees in Mathematics at the University of Warwick. Around the end of my PhD, I spent 18 months at the Zentrum Mathematik at the Technische Universität München. Following that, I undertook postdocs at Warwick (Mathematics) and Imperial College London (Chemical Engineering).