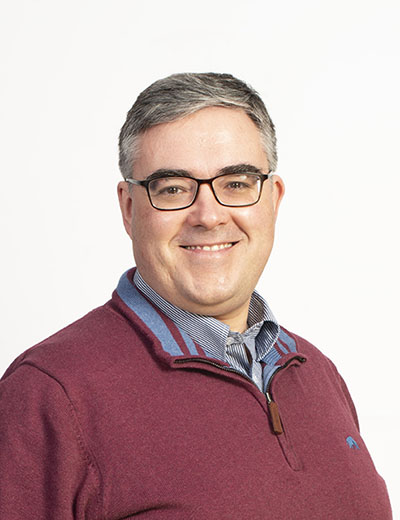 In particular, mathematical optimization can help to improve the overall performance of the electric power system, which is of critical importance to our society. I am working to support the development of smart grids. A smart grid combines a traditional electrical power production, transmission, and distribution system with a two-way flow of information and energy between suppliers and consumers. This combination is expected to deliver energy savings, cost reductions, and increased reliability and security.

Convex optimization is a way to obtain high-quality solutions to hard engineering optimization problems. My research in this area is primarily concerned with improving models and algorithms for the application of conic optimization to facility layout problems. Other applications include the computation of optimal power flows in power systems, and fixed-outline floorplanning in electronic circuit design.

His research interests are in the theory, algorithms, and applications of mathematical optimization. He is particularly interested in the application of optimization to problems in power systems management and smart grid design, including hydropower operation and maintenance planning, electricity markets, energy storage systems, unit commitment, capacity expansion, and demand response. His research has been published in journals such as the IEEE Transactions on Power Systems, the IEEE Transactions on Smart Grid, Mathematical Programming, the SIAM Journal on Optimization, and the European Journal of Operational Research.

Professor Anjos held a Canada Research Chair on Discrete Nonlinear Optimization in Engineering from 2011 to 2016, and since 2016 he holds the NSERC-Hydro-Québec-Schneider Electric Senior Industrial Research Chair on Optimization for the Smart Grid. He is Theme Leader within the NSERC Energy Storage Technology Network (NESTNet) launched in 2015, and is responsible for the network's activities on the economic, social, and policy aspects of energy storage. He was awarded an Inria International Chair on Power Peak Minimization for the Smart Grid in 2016.

Professor Anjos was the Founding Academic Director of Polytechnique Montreal's Trottier Institute for Energy, which he led from its inauguration in 2013 until 2016. The Institute promotes sustainable solutions to secure the future of energy in Québec, Canada and the world, as well as awareness-raising and public information about these issues. Under his leadership, the Institute published several White Papers on the Canadian energy landscape and the public perceptions of energy and climate change. The Institute has also been responsible for all graduate programs in Energy Engineering at Polytechnique Montreal since their expansion in 2013.

Professor Anjos served 5 years as Editor-in-Chief of Optimization and Engineering. He continues to serve on the editorial boards of several other journals. He was elected to three-year terms on the Council of the Mathematical Optimization Society and as Program Director for the SIAM Activity Group on Optimization, and to a two-year term as Vice-Chair of the INFORMS Optimization Society. He served for 6 years on the Mitacs Research Council (MRC) from its creation in 2011. Mitacs is a not-for-profit organization that has designed and delivered research and training programs in Canada for over 15 years, and the MRC provides research expertise and ensures the research integrity of Mitacs' programs.

Professor Anjos received the Méritas Teaching Award from Ecole Polytechnique in 2012. He was awarded a Humboldt Research Fellowship for Experienced Researchers in 2009, and the Queen Elizabeth II Diamond Jubilee Medal for significant contributions to mathematical optimization and its industrial applications.

Professor Anjos is a senior member of IEEE, and a fellow of EUROPT and of the Canadian Academy of Engineering.