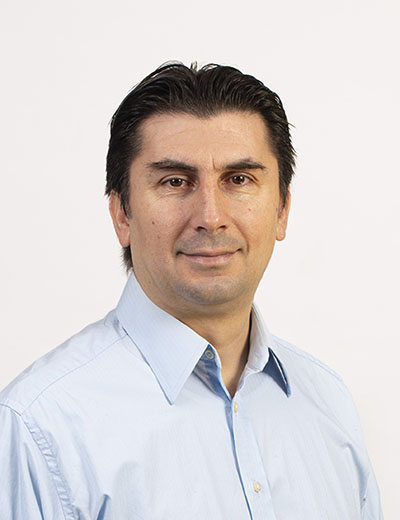 I am a Professor of Stochastic Analysis and Algorithms at the University of Edinburgh. I also hold the personal chair of Statistics and Stochastic Analysis at the National Technical University of Athens. My research focus is on explicit numerical algorithms for nonlinear random systems of (typically) high dimension and their interplay with core data science and AI techniques. Examples of these algorithms are explicit numerical schemes for Stochastic (Partial) Differential Equations, stochastic approximation methods in the context of recursive identification of system parameters, MCMC algorithms and stochastic optimizers for the training of artificial neural networks. Any application of these methodologies to financial data is of keen interest to me.

- Mathematics Seminar, Renyi Institute of the Hungarian Academy of Sciences, 12th May 2016, Budapest.

Professor Sotirios Sabanis is the Director of Knowledge Exchange at the School of Mathematics of the University of Edinburgh. He also holds the personal chair of Statistics and Stochastic Analysis at the National Technical University of Athens. He received his undergraduate training in Mathematics at the Aristotle University of Thessaloniki and was awarded a PhD from Strathclyde University (Department of Statistics and Modelling Science), Glasgow. As founding Programme Director, he led the development of a suite of postgraduate programmes in Computational Mathematical Finance at the University of Edinburgh and collaborates with industry (mainly financial services) through a number of joint projects. His research has appeared in the Annals of Applied Probability, SIAM Journal on Numerical Analysis, Bernoulli, SIAM Journal on Mathematics of Data Science, Stochastic Partial Differential Equations and other leading journals.