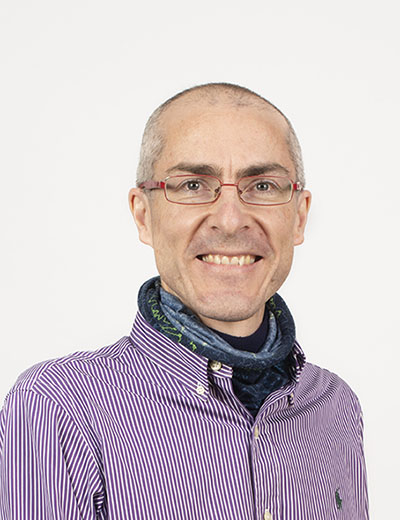 The most important driving force in my research is the understanding of spacetime. This involves learning what it is made of, how emerges from a more fundamental (discrete) nature and includes understanding the meaning and origin of time.

I am currently interested in the interplay between holography (mainly through the AdS/CFT correspondence), quantum information & computation, and condensed matter physics, through tensor networks and MERA, to explore the relevance of quantum entanglement to describe the intrinsic fabric of spacetime. This should allow us to improve our understanding of what quantum gravity is, and to extend our ideas to asymptotically flat and cosmological spacetimes, where our success has been poorer.

In the past, I have worked on a number of topics, including : -Toy models for Big Bang singularities using lorentzian orbifolds in string theory, both in flat space and in the AdS/CFT correspondence. I also studied possible resolution of these singularities using higher spin theories.

- The origin of gravitational thermodynamics, its relation to the fuzzball programme, and its connection to typicality in more mathematical approaches to the foundations of statistical mechanics.

- Construction of non-BPS extremal black holes and their microscopic description.

- Microscopics of extremal black holes in terms of chiral CFTs and their relation to Kerr/CFT.

- Flat holography in 3d and the power of the BMS group.

- 2d CFT calculations of entanglement entropy, mutual information and calculations of scrambling time when locally perturbing a thermal state, together with their holographical bulk descriptions.

"Gravitational thermodynamics and the quantum nature of spacetime", workshop held in Edinburgh, from June 16th-20th (2008).

I was born in Barcelona (Spain) on a September 23rd, one sunday morning, a few hours before Barcelona (the team of my heart) defeated Espanyol by 3-0. Some hours later my father registered me as an official supporter, before being registered in the social security. I believe this still describes rather accurately who I am and who I will be. After that, I enjoyed playing basketball and hiking in the Pyrenees, before deciding that I wanted to devote my life to the understanding of nature at its most fundamental level (theoretical physics). Fortunately, being a string theorist did not prevent me from learning some of the most fundamental truths of our existence (not necessarily scientifical).