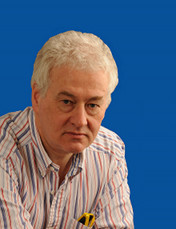 He is involved in the interplay of curvature with the behaviour of the operators of harmonic analysis such as the Fourier transform, oscillatory integrals and singular integrals.

More recently it has become clear that there are deep combinatorial and geometrical issues that underpin many of the problems of modern harmonic analysis. Typically, these combinatorial manifestations are easy to state but not so easy to resolve. Much of Carbery's recent research activity has been concerned with trying to highlight and push forward this perspective.

Among his former PhD students are Sarah Ziesler (now at the University of Chicago), Jon Bennett (Professor in Birmingham), Sanjay Patel (Gujarat University, India), Laura Wisewell (deceased, formerly in Glasgow), Stefan Valdimarsson (formerly a postdoc at UCLA) and Marina Iliopolou (formerly a postdoc in Berkeley and soon to take up a permanent position in Kent).

* Harmonic Analysis: International Conference on the occasion of the 60th birthday of Garcia-Cuerva and 25th anniversary of book with Rubio de Francia El Escorial (Madrid) November 17-20, 2009.

* Invited speaker at the 8th El Escorial Conference on Harmonic Analysis and PDE in June 2008.

Tony studied at Oxford and then did a PhD at UCLA. After postdocs in the University of Chicago and Caltech, he returned to the UK in 1985 as a lecturer at the University of Sussex. He moved to Edinburgh in 1995.