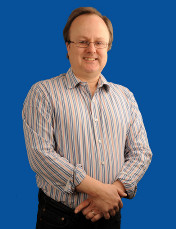 Jim's research interests lie in euclidean harmonic analysis; oscillatory integrals, generalised singular and maximal Radon transforms, and stability/ uniformity issues related to these objects. Recently he has also been interested in discrete analogues of these problems in settings where harmonic analysis interacts nicely with number theory.

Jim was an invited speaker at the NSF FRG Conference in October, 2007 and at the BIRS Conference - Recent Developments in Elliptic PDEs and Geometric Measure Theory in April, 2008. He was also invited to speak at the LMS Regional Midlands Workshop in Harmonic Analysis and PDEs in June, 2008, and the Real Analysis Conference in Oberwolfach in July, 2008. He was on the scientific committees for the ICM-2006 satellite conference in Sevilla and the Workshop on Harmonic Analysis and PDE in Merida, Yucatan, Mexico, in February 2008.