It was with sadness that we learned of Elmer Rees' death on Friday 4th October, 2019.

Elmer was a distinguished geometer and topologist, a proud son of Wales, and a massive presence in our School, which he joined in 1979 as the Professor of Mathematics. One of his great gifts to the city and to us was as a founder of ICMS, of which he was a tireless advocate. He left in 2005 to become the first director of the Heilbronn Institute, and was awarded a CBE in 2009 for his services to the mathematics community. In 2008 he also become an honorary doctor of the University of Edinburgh and I attach the laureation and a fine picture of the event.

Iain Gordon, Head of School, writes "Elmer helped to appoint many people here, including me as the Seggie Brown fellow in 1998. It was the best application process I have ever had to go through, an exemplar in its simplicity! He was an excellent mentor with a very wide knowledge of mathematics and mathematicians. Although my work was quite far away from his own (in my metric at least) he knew all about it, who the key people were, and how to get me in touch with them. The mentoring never stopped, and he was one of the first people I spoke to when I became Head of School, and again regularly whenever he was in the city. His advice was invaluable to me.

Elmer was a superb mathematician, an excellent colleague, a thoughtful mentor, but mostly a great friend to many of us. 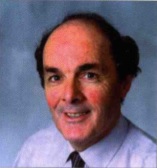