Dr Jonathan Gair has been awarded a President's Medal by the Royal Society of Edinburgh (RSE) for his significant contributions to the development of data analysis techniques for the detection of gravitational waves. Gravitational waves are one of the predictions of Einstein's theory of general relativity but they are very difficult to directly detect because they are extremely weakly interacting. Laser interferometer technology has been under development since 1980s and has finally reached the point where detections have become possible. The first detections were made in September and December of 2015, by the two LIGO interferometers that are operating in the US, and were announced in February 2016 to wide public and scientific acclaim. These detections were almost exactly one hundred years after the existence of gravitational waves was first postulated by Einstein as an inevitable consequence of his general theory of relativity.

Dr Gair was presented with the award, which recognises the outstanding achievements of scientists working in Scotland, by RSE President Dame Jocelyn Bell Burnell. Sixteen medals were awarded in a special meeting on October 31st 2016 to all current and Emeritus Faculty in Scottish Universities who are involved with the LIGO project. Dr Gair's medal citation was "For contributions to the development of the methods used to estimate the rates of black hole binary coalescences based on the observed events."

Further details on the event can be found on the Royal Society of Edinburgh website:

The President's Medal was created by the Royal Society of Edinburgh specifically to recognise the significance of the first direct detection of gravitational waves. 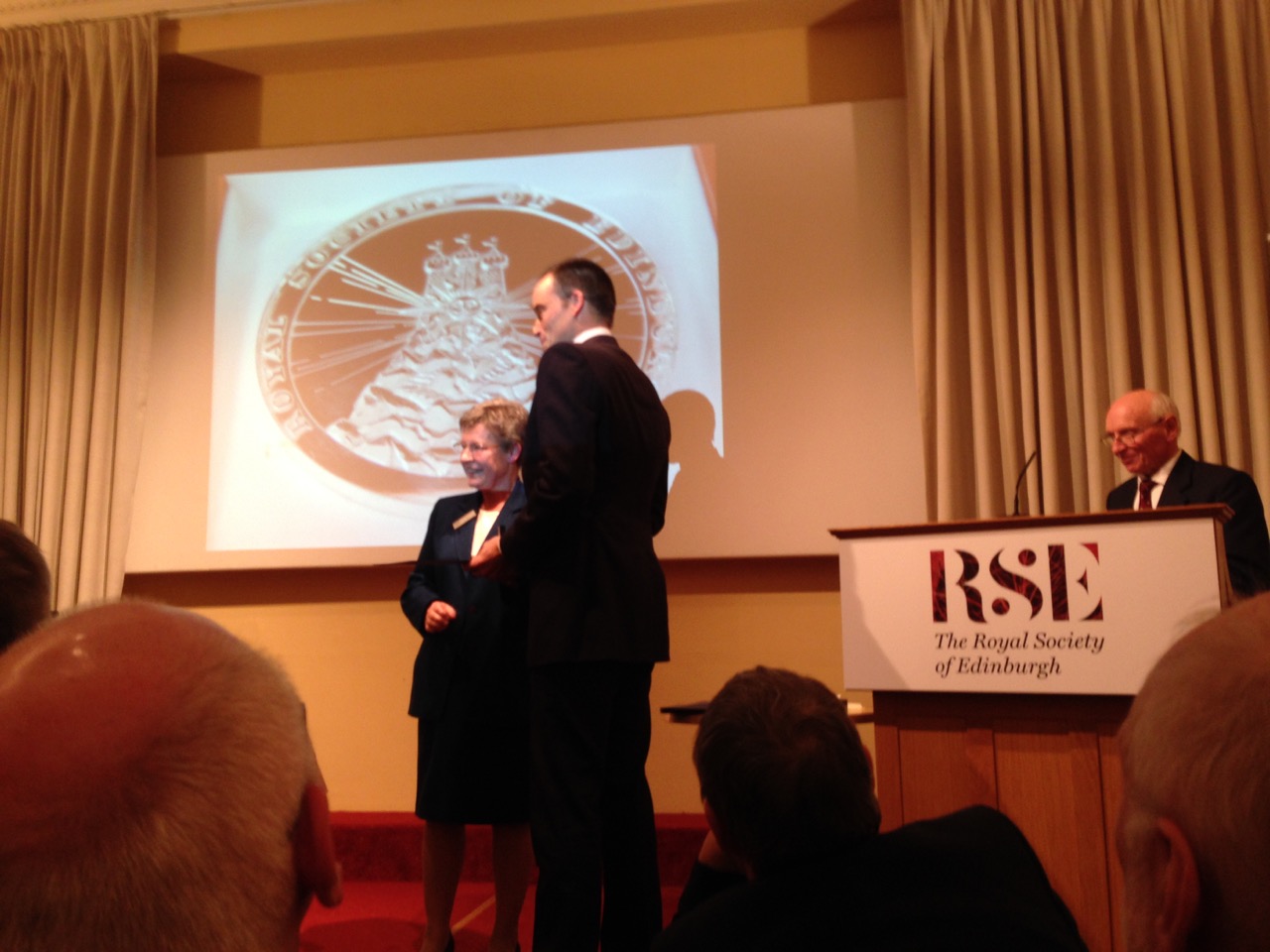