Video of lecture #1 "Geometry and physics"

Over the next six months Professor Sir Michael Atiyah will be organizing a series of lectures under his name, but with many speakers from different countries and different fields. The aim will be to present the world-view envisaged by Einstein and Dirac.  It is not restricted to physics but impinges on chemistry, biology, cosmology, computing and philosophy. The foundations go back to Pythagoras and Archimedes. It will be aimed at a non-specialist audience.

The series will be launched with two lectures on Monday 7th December in the Swann Lecture Theatre in the Swann Building on the King's Buildings campus; the first at 10.00 and the second at 11.30 allowing for a comfort break of 30 minutes.  Each lecture will include a video of a lecture Sir Michael gave recently at the Royal Society of Edinburgh. The first was on James Clerk Maxwell and the second on “The Science of Beauty”.  These will be expanded and commented on, so that the ideas are made more explicit and their radical nature emphasized.

and will be introduced by Bernd Schroers (Mathematics, Heriot-Watt).  It will present

The lecture will end with the key figure of Archimedes and the double helix.

Biology, Logic and the Imagination

and will be introduced by Romain Viguier (Geophysics, University of Edinburgh). It will discuss

All are welcome to attend, including those who can only make the second lecture but not the first. Booking is not essential but is appreciated so that we can organise catering accordingly: https://www.events.ed.ac.uk//index.cfm?event=showEventDetails&scheduleId=18416 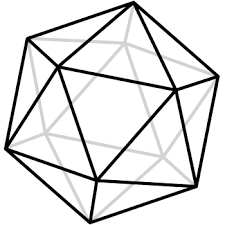